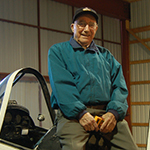 We are proud to have George as a Honourary member of our group. Most of our members have met George and some of us have become very good friends. George has attended various get togethers that Flight Ontario has had and we are honoured to be associated with this man that has given so much to aviation in Canada.

Below are the words written about George on the Canada’s Aviation Hall Of Fame web site.

"His contribution to the testing, development and promotion of Canadian designed and built STOL aircraft has gained worldwide recognition and respect for the Canadian aviation industry and all Canadians."

In 1948, George Neal was one of the first Canadians to be jet qualified on the RCAF's de Havilland Vampire. Neal's testing and demonstrations of aircraft such as the Beaver, the Otter, and the Caribou, allowed them to be successful around the world. He retired in 1983 as Director of Flight Operations of de Havilland Canada. In 1967, Neal also rebuilt, from its original plans, a Sopwith Pup. For this, he was awarded the Keith Hopkinson Award for the best home-built aircraft. Presently, Neal was Chief Pilot for the National Aviation Museum in Ottawa until 1991 where he flew the Avro 504K and a Nieuport 17 that are in the museum's collection. 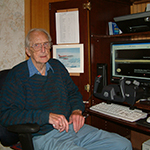 Flight Ontario has lost one of it's biggest enthusiasts and supporters...Vic Stevenson passed away in his 91st year at Thunder Bay Ontario.

Vic was an aeronautical engineer with Canadian Car and Foundry from the early 1940's to the 1980's and was involved in the production of the Hawker Hurricane, Curtis Helldiver, Harvard and sub-contracts on the Canadair T-33, Sabre and Starfighter to name a few.

In retirement Vic took up flight simming as a hobby and became a member of Flight Ontario.

Vic participated in the recent Flight Ontario get-together in Ottawa in June and the demonstrations at Vintage Wings of Canada (Gatineau Airport) and the National Air Museum (Rockcliffe Airport).

During the last year Vic has been instrumental in establishing an Air Museum in Thunder Bay.

We will all miss Vic. He gave much to the Flight Simulation community and to aviation in general in Canada.


"May you always have clear skies and a steady tail wind, Vic." 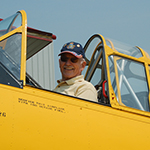 We have lost a friend, a gentleman, a skilled technician, an historian of military history and a valuable member of our Flight Ontario group.

We will miss Al's always being available to help our members and his warm sense of humour.


"Godspeed dear friend...we know you won't be in pain any more."

We would like to acknowledge those listed below for having provided invaluable assistance to the Flight Ontario Team in the creation of our scenery. Without their contributions, the quality of many of our sceneries would not be what they are today. 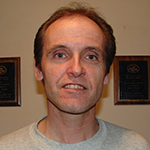 Kevin Pardy, a good friend to Flight Ontario, and a tremendous source of inspiration & assistance in the making of our Goose Bay and Labrador Regional Airports scenery, lives in Happy Valley Goose Bay. He is actively involved with Premier Aircraft Designs and is credited with providing key information and photographs for many interior and exterior components of the Beavers, Twin Otters and SAAB-340's we fly in the simulator today.

Kevin is always there to help the flight simming community in any way he can. Thank you Kevin for all your time and dedication. 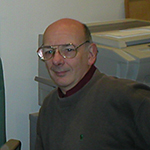 Dave is co-founder of CanUK Scenery and a person we regularly consult with for technical expertise.
Thank you, David, for all your help.

See their work at www.fsnb.ca/canuk/ 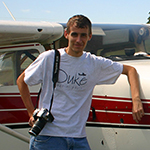 Thanks Ian, for the great high resolution aerial photography of Hamilton International Airport and the city of Hamilton 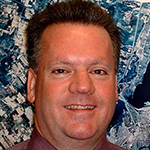 Thank you Al, for your help in getting us a license agreement to use the aerial photography of the Hamilton area. This has greatly enhanced our Hamilton scenery.

To see what Al and his wonderful crew do, have a look at www.map.hamilton.ca
{Content}